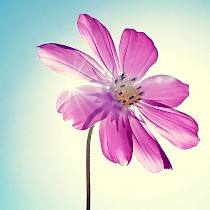 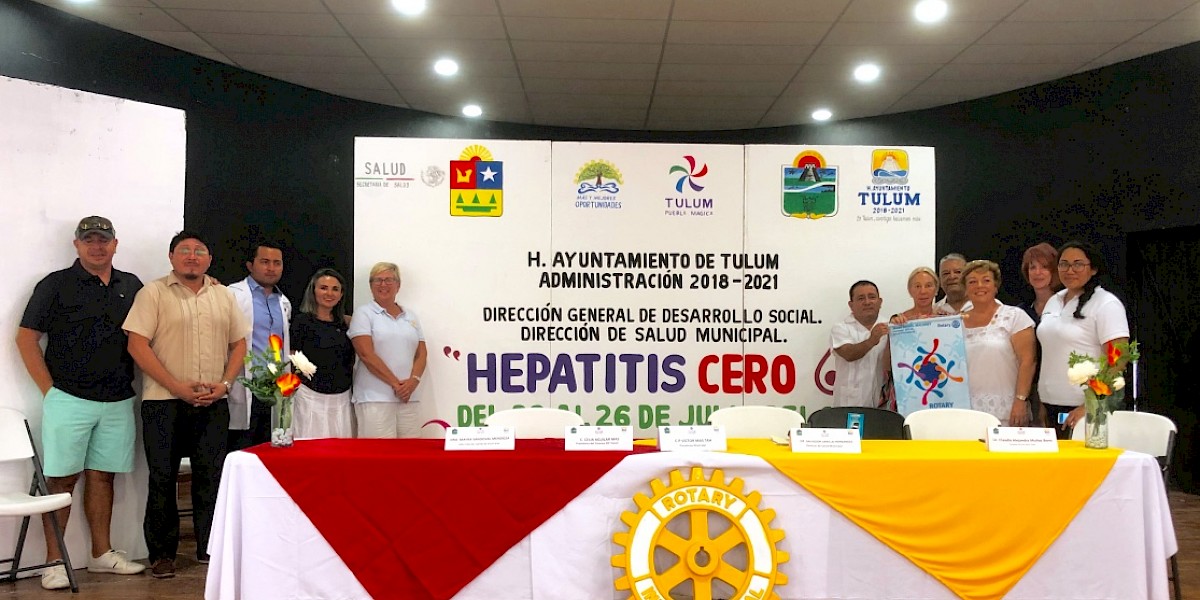 This week, the Rotary Club of Playa del Carmen Seaside and the Rotary Club of Tulum will team up to support the Hepatitis Zero World Eradication Project taking place all across Mexico and the Americas. The tests will be carried out by state and municipal health officials with the support of Rotary volunteers from July 20 – August 4, 2019. The tests are free of charge and involve a simple finger-stick blood test. The results are available in about three minutes. Individuals who are determined to be symptomatic will be directed to a cure, which involves nothing more than a series of pills taken over three months.

The Hepatitis Zero campaign is the largest in the world and is taking place simultaneously in 50 countries over two continents – Africa and the Americas. Hepatitis Zero seeks to break the great silence that exists about the disease, identify and treat people who have the virus. The rapid test, which is very similar to a diabetes test, is an essential tool and saves lives. The Rotarian Group for Hepatitis Eradication of has already performed more than 1 million tests and identified 10,000 infected persons worldwide. This silent disease is asymptomatic until its most advanced stages. Generally, when a person first perceives the symptoms, the only possibility of a cure would be a liver transplant. 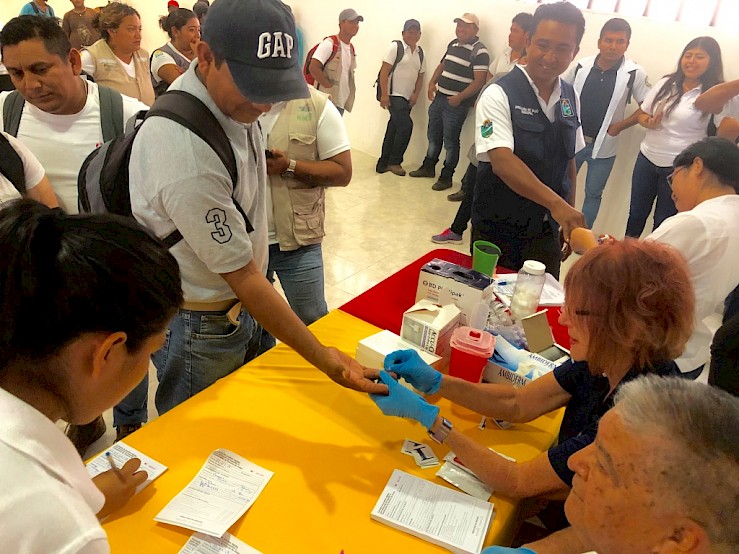 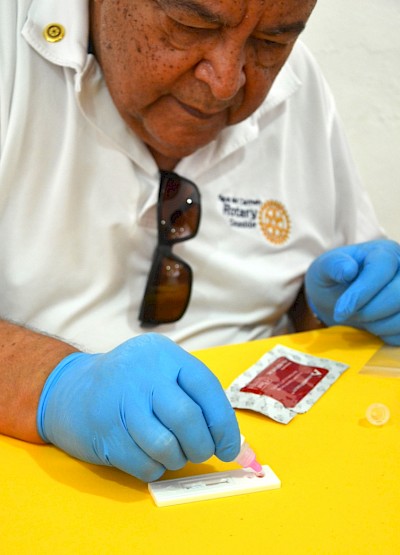 The World Health Organization estimates that there are more than 400 million people who are infected with the Hepatitis virus with only about 9% of people with Hepatitis B and 20% of people with hepatitis C diagnosed. Today, more people die from Hepatitis than from AIDS. In 2018 in the USA alone, Hepatitis C killed more people than all other infectious diseases combined. If discovered and treated in time, more than 95% of people with Hepatitis C can be completely cured within a period of two to three months. However, to be directed to proper treatment, these people need to be found. It is important that the diagnosis happens before the symptoms manifest, because at this stage the liver has already suffered damage that may be irreversible, leading to liver cancer and even death. It is strongly recommended that all people and especially those over the age of 40 be screened for Hepatitis C. 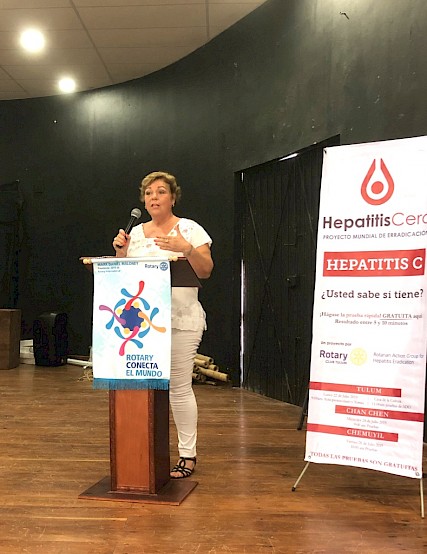 The initiative of the Hepatitis Zero Project came from a dream of a Brazilian, Humberto Silva. Silva contracted Hepatitis C from a blood transfusion and unknowingly carried the disease in his body for 38 years. In 2011, while receiving treatment, Silva founded the Associação Brasileira de Portadores de Hepatite (Brazilian Association for Hepatitis Carriers) and opened a free clinic in São Paulo to test and treat people for Hepatitis.

This effort was so successful that the ABPH opened four more clinics in Brazil, plus one in Mexico City. To date they have screened over 60,000 people. Never the less, Silva knew there were still tens of thousands of people who, like him, were unaware of the threat that Hepatitis posed to their health. Thus the Hepatitis Zero campaign was born, a worldwide initiative to identify and support people with Hepatitis, educate the public about the disease, and lead the effort in its eradication.

Today, in coordination with The Rotarian Group for Hepatitis Eradication, Silva is organizing efforts to eliminate the disease in more than 200 countries. The Rotary Clubs of Tulum and Playa del Carmen Seaside are proud to be able to support these worldwide efforts. For more information, visit the official website www.hepatitiszeroweek.com.

All photos by Seaside Rotary